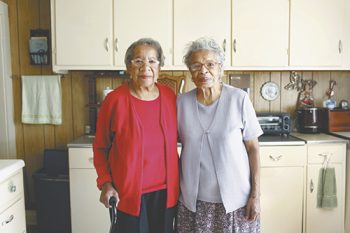 Sisters Dorothy Ray Coone and Charity Ray are active in preserving the legacy of the Anderson Rosenwald School in Mars Hill.
Photo by Matt Rose

Efforts to preserve the old schoolhouse for black students in Mars Hill have included the creation of a rehabilitation committee, a Facebook page with news updates, and watercolor depictions showing the school at its finest, painted and presented by former student Charity Ray. Now the project has been given a major boost with a multimedia exhibit at Mars Hill University’s Rural Heritage Museum. Up through February 2015, it traces the school’s important place in local and national history.

Our Story — This Place is an image-rich depiction of the education Madison County’s African-American students received prior to the Civil Rights era. At the heart of the exhibit is the old Anderson Rosenwald School, which alumni, supporters, and Mars Hill University are hoping to resurrect as a center of community life

The school, now in disrepair, was one of more than 5,300 “Rosenwald” schools in the Southeast built with the help of Julius Rosenwald (1862-1932), the son of German-Jewish immigrants. As CEO of the Sears mail-order house, he became one of the country’s wealthiest men. The schools, used until the early 1960s, had a significant impact on the country, helping to create a black middle class in the South. No state had more Rosenwald schools than North Carolina

The need for the schools was reflected in the disparity between black and white schools of the era. In the 1910s, the student-teacher ratio in the South was 30:1 in white schools and 200:1 in black schools, according to statistics revealed in the exhibit. The first Rosenwald school, created after Rosenwald met Booker T. Washington, went up in Loachapoka, Alabama, in 1913, at a cost of $942.50. As he would with all of the schools, Rosenwald paid a third of the costs, with the local black and white communities coming up with the rest. Madison County applied for money in 1925 and received $750 for its “colored school” in 1929.

The Long Ridge Rosenwald School was built the next year on the site of the old Long Ridge School (originally the Mars Hill Colored School, erected in 1905). The new school offered classes through the eighth grade. At the time, there were 83 African-American children in Madison County schools, according to a newspaper document cited in the exhibit. They came from mountain communities including Long Branch, Banjo Branch, Bruce Road, Gabriels Creek, Bull Creek, Grapevine, and Forks of Ivy. The building on Long Ridge Road is thought to be the last existing Rosenwald school in Western North Carolina, spared from destruction only because it was used as a tobacco barn in its later years.

In 1959, the Long Ridge Rosenwald School was renamed for Joe Anderson, a slave owned by one of the trustees of Mars Hill College who was briefly held as collateral in 1859 for a debt the college owed a contractor. (In recognition of his sacrifice, the university, then Mars Hill College, named Anderson’s family one of its founding families in 1999.) The Anderson Rosenwald School operated until 1964 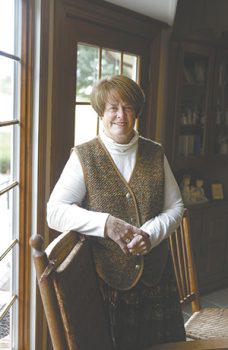 Willa Wyatt, a retired Madison County teacher, is the chair of the school’s rehabilitation committee. Photo by Matt Rose

Work to rehabilitate the building has already begun. A new roof was put on three years ago, says Willa Wyatt, a retired educator in Madison County and chair of the Anderson Rosenwald Rehabilitation Committee. The committee has received in-kind contributions such as siding to replace the old German lap siding, she adds. Grants have been applied for or will be applied for, and fundraising began in mid-October, Wyatt continues. At press time, she had just been informed of some private donations, as well.

The difference it made

“It meant a whole lot to me, because that was the only school that I could go to, as far as the lower grades,” she says. Her parents built a house on Long Ridge, near the Briscoes, Rolands, and other black families, so that their three girls would be close to the school (previously they lived closer to Mars Hill). “I just loved the arithmetic,” remembers Coone, who went on to be a credit analyst for Bank of America. She also enjoyed performing in the school plays that were done seasonally and at the end of the school year.

But conditions were far from ideal. “We never did get new books,” says Coone. “We always got books that were already used, and half the time you started reading a story, half the pages would be gone.”

Teachers were strict — and allowed to spank. But Coone appreciates their hard work and resilience. “With what they had to work with and what the county was giving them, the education was, I don’t say it was excellent, but at that time, it was pretty good.

Race relations in the county — something the exhibit addresses — were tolerable, according to Coone. She’s not saying there wasn’t prejudice. “There is always going to be somebody [who is],” she continues. “But we didn’t have any major problems. For one thing, our parents and the white parents in the community all knew each other. Some of them had been knowing each other since childhood.” 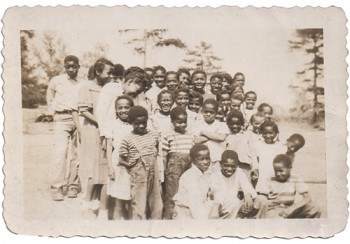 The exhibit includes more than the Anderson Rosenwald School. Though it focuses on Madison County, it also traces the history of African-American education throughout Western North Carolina, from Reconstruction through the Civil Rights era. Consider, for instance, the story of Viola King Barnette. A Mars Hill mother of 9, her letter to the state Superintendent of Schools in the 1940s resulted in school-bus service for all high-school students in the region: black and white

The museum room is taking shape! With a bit more... END_OF_DOCUMENT_TOKEN_TO_BE_REPLACED

Three officials with the North Carolina Department of Natural and... END_OF_DOCUMENT_TOKEN_TO_BE_REPLACED

Madison County Board of Education Minutes of July 2, 1956... END_OF_DOCUMENT_TOKEN_TO_BE_REPLACED