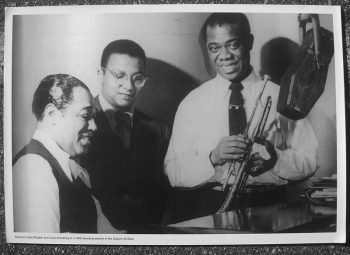 Students from the Long Ridge School have attracted both state and national attention. 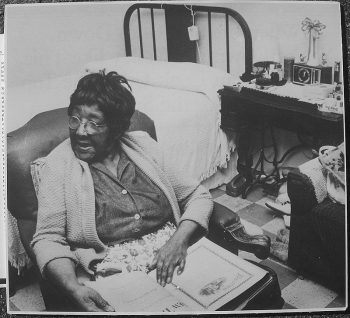 Mars Hill native Viola King Barnette, whose son Herbert attended the Long Ridge School, wrote the North Carolina Department of Education to ask that schoolchildren from the Madison County school got to go to high school, asking him to send them to Asheville’s Stephens-Lee after 8th grade.

Barnette was a washerwoman for Mars Hill College Faculty and administration. All her children, including Shirley Sewell, attended Long Ridge School. Barnette wrote to the Superintendent of North Carolina Schools saying that her children were entitled by law to public education. In reply she was told that because of her letter all black children in North Carolina would have access to high school, beginning with busing to Asheville from Mars Hill. She and her story are featured in Emily Wilson’s, HOPE AND DIGNITY.

From an interview with Mrs. Shirley [Barnette] Sewell, conducted in June 9, 1983 by Edwin B. Cheek.

The story of Joe the Slave of Mars Hill, who went to prison for Mars Hill College debt in 1859, has made press throughout the nation and Europe. His imprisonment is the only case known where human flesh and blood went to prison for an institution. His descendants have attended the Mars Hill colored schools, granddaughter Effie Anderson being a teacher in the 1901 school,[xi] and his nephew, Sam W. Anderson taught in the Mars Hill Colored School in 1905-1906,[xii] and 1911-1912,[xiii] and Joe himself served on the Mars Hill Colored School Committee in 1907,[xiv] and his son, Neal Anderson was paid .64 cents for school census in Mars Hill colored district for that year.[xv]

Over twenty of Joseph Anderson descendants are buried in the Mt. Olive Cemetery, adjacent to the school.[xvi] Camp Joe, the Mars Hill CCC Camp on South Main Street, established in the 1930’s, also carried Joe’s name.[xvii] By 1910, this Mars Hill Living Negro Legend was deceased, being buried in the Huff family graveyard, before his remains were moved to the college campus in 1935.[xviii] Today, Joe’s grave is located on the Mars Hill University campus beside Joe Anderson Drive, also named for him. The grave’s granite marker, “In Memory of Joe,” “is one of the first known incidents of a monument erected to a person for going to jail.[xix]

Due to the weather and the growing COVID numbers and... END_OF_DOCUMENT_TOKEN_TO_BE_REPLACED

Together we are on a mission, a mission to sustain... END_OF_DOCUMENT_TOKEN_TO_BE_REPLACED

Take a trip to the 1920s when Rosenwald Schools were... END_OF_DOCUMENT_TOKEN_TO_BE_REPLACED

This history script is for MHARS Friends Group Review1 1856... END_OF_DOCUMENT_TOKEN_TO_BE_REPLACED