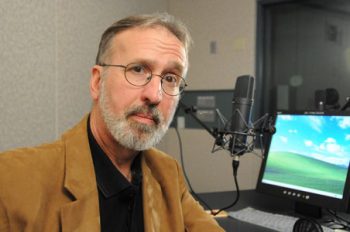 Frank Stasio, host of The State of Things

Frank Stasio, the host of The State of Things,  interviewed Les Reker, Willa Wyatt and Fatimah Shabazz on Wednesday, December 3, 2014. The group  discussed the Mars Hill Anderson Rosenwald School and the exhibit on display at the Rural Heritage Museum.

Mission to Save African-American “School of Hope” in Western North Carolina, By Hady Mawajdeh, Wednesday, December 3, 2014

Madison County Board of Education Minutes of July 2, 1956... END_OF_DOCUMENT_TOKEN_TO_BE_REPLACED